A Case for Getting Lost

I suppose it was bound to happen — we were lost on our vacation.

The stout lady at the rental office had given us a piece of paper with a hand drawn map of the quaint village in the Swiss Alps where we’d just arrived. A red star in the upper left corner indicated the unit we had reserved with the promise of a spectacular view.

“Up, Up, yes? Uhnnd, left. No stairs. House much glass . . . NO red car, ” were her strict orders directions. We smiled as politely as we could.

To the question of how long this would take us to hike, she looked at us and our backpacks, shrugged and shrilled a nervous laugh. Maybe that was a bad omen, but surely it couldn’t be too far, we thought.

We got our keys and headed the only other direction possible in the small village — up the slope and away from the train station.

To be fair, we were lost on a nicely paved path, surrounded by cute Alpine lodges. A far cry from a treacherous wilderness expedition gone astray. But as the long shadows of those colorful homes signaled dusk, the weight of my backpack sank into my shoulders at an alarming rate from our demanding day of travel. As we rounded a hairpin turn and I let my husband take his turn re-examining the black marker lines on the now creased map.

Taking in a breath of crisp fresh air as we paused on the hill, I amusingly wondered in a moment of surprise, what any great explorer of the past would think of us right now?

It wasn’t the first time I had pondered this when visiting a new destination. My travel arsenal usually included an international smart phone plan, pre-starred places of interest on google maps, a currency converter, and a translator app, all a comfortable thumb swipe away.

It made me giggle to imagine those tough explorers watching us and simultaneously face-palming as I began my expedition, clutching my iPhone, to an ‘off the beaten path’ boutique.

But in that moment on the Swiss Alpine mountain side without the aid of my phone, it occurred to me the sheer magnitude of the choice those explorers had made to deliberately and utterly get lost. No connections to the familiar, no technology, and no safety guaranteed. A deep dive off into the unknown. Something that sounds altogether insane in our modern lexicon.

I certainly had never been faced with being lost to that magnitude. Though you’d probably never find my husband and I trekking up the Himalayas, I’d thought that we were both fairly adventurous. We enjoy traveling and when we do, we prefer to wander around ourselves. But how much can you really be lost in a sea of travelers? And is there anything new left to explore at a major destination that you can’t read about on Trip Advisor first?

To say that the definition of the term exploring has considerably changed in the 21st century is quite an understatement. A quick history refresher yielded that it was more than 100 years ago in 1890 that the US Census declared all land in the US settled, officially closing the frontier. Of course this doesn’t account for the entire world, but suffice it to say that major places of interest were mapped, railroads laid, and gone were the days when exploring meant discovery of new passageways across the world returning with gold, spices, and exotic specimens. Combined with the industrial revolution already underway, our modern culture focused on output, goals, and exactness was born.

The act of deliberately getting lost doesn’t have much to show for itself by measure of today’s most common expectations of maximizing time and certainty.

It calls you to choose a quiet street corner instead of viewing the recommended grand cathedral. To take the risk of possibly ending the day with nothing to show other than your sore feet. And worse, allowing room to get lost opens up the prospect of your trip not living up to your expectations.

Being truly lost, then, means an utter surrender and relinquishment of one’s desire of control. To create space between the present moment and where you think you are meant to go, allows for magic to brew and pleasantly surprise you.

History is filled with explorers striking off on a journey for one thing but returning with another. The key here is that they had been comfortable leaving the door open for the unexpected re-writing of their journey.

In modern times, we may not travel to places that have not been experienced by others before us, but our current interpretation of exploration can incorporate the past learnings of those explorers and apply it to our heart and mind. Returning from your travels might not include a new geographical map, but we can come back with a new understanding of the terrain in our souls – expanded, re-examined, and re-worked.

And so what happened to us on that early evening atop the Alps? In the moment when I released the map (and my expectations), I like to think that those great explorers shared a bit of their luck with us.

The sweetest lady appeared seemingly out of nowhere who asked us in perfect English if we needed help. She called the rental company concluding that the map was drawn incorrectly, then proceeded to walk us all the way to our lodge through a patch of woods, even waiting to make sure that our key worked.

A few days later we found ourselves at our new friend’s dinner table sharing travel stories. And we as modern 21st century explorers added many new things to our personal heart maps, unearthing new tastes through local food and drink, finding new passageways through fear, treasured glimpses into human kindness that expands our hearts, and that most importantly understanding that getting lost, from time to time is good for the soul.

As we start to see this new year unfold, making plans for travel and then getting lost will be one of my top priorities.

Where will you plan to travel this year and how will you be a modern-day explorer? Please share your travel experiences and plans in the comments below.

Maybe, our paths may even cross! 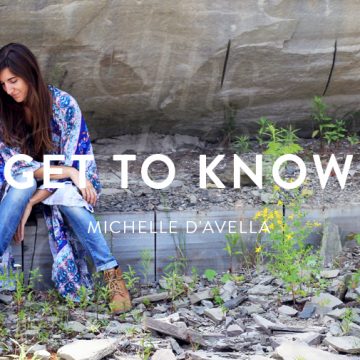 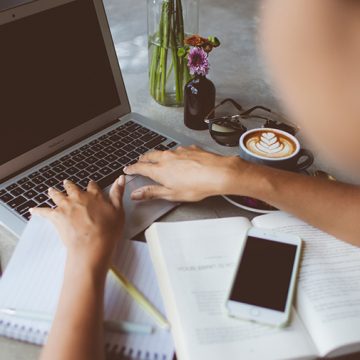 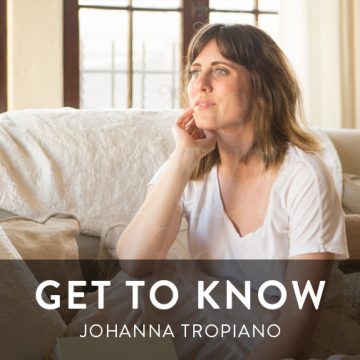 Whatever you can do, or dream you can do, begin it. Boldness has genius, power, and magic in it. Begin it now.- Johann Wolfgang von Goethe

Kinfolk MagazineExpertly crafted by a community of artists with a shared interest in a natural approach to small gatherings. They take entertaining to a whole new level.
Eric RipertChef. Four Michelin stars. Buddhist. Totally delicious (him + his food).
Show StudioFashion + Films. That is all.
STAY IN THE KNOW!