Not because I hate vulnerability, but because I know how scary it is to live openly. I’m doing it. And it doesn’t always feel good or safe or fun. But I know it’s right because I’ve read a lot of Brené Brown books and that woman makes a lot of sense. Also, I feel like a fully formed human who is turning her life into an adventure.

In my 3+ decades on this planet, I’ve trusted a lot of people who have betrayed my trust and then continued to trust them because I didn’t want to admit to myself that I had made a mistake. I didn’t want to admit that I was wrong. Mistakes seemed like failure rather than what they are: lessons. I needed to work on trusting myself and being vulnerable with my own thoughts. But I didn’t want to do that. I was worried that I would look within and hate everything I saw.

And at first, I did.

Consider, for a moment, someone who challenges you. A friend or a boss or colleague. I bet it won’t take you very long to realize that their unbecoming behaviors are reflective of some of your own. You don’t like them in others because you don’t like them in yourself. Plain and simple.

A year ago, when I started to turn my gaze inward, I had to admit that the things I despised in others (passive aggressiveness, substance abuse, lying, unavailability, dramatic outbursts, emotional instability), were some of my most well-developed traits. I uncovered a lot of shame. I had to own my shit and release it. As I did so, I invited in forgiveness and a new plan of action. I couldn’t have done this without meditation.

We think it’s way easier to point fingers than it is to sit down, look within and hold space for all the shades of who we are. It’s not. Because this avoidance builds up and affects our nervous systems and thereby our immune systems. Everything is connected.

If you’re ready to start showing up for yourself, own your shit and let it go, I have one million high fives for you. Once we’re done with that, we only have one thing to do: sit. Every day. Your desk and your toilet don’t count.

You don’t need some sacred room in your home in order to do this stuff. You don’t even need a meditation cushion. You just need a place to put your butt and some back support, if you need it.

If you want to start a timer, you can. Insight Timer is nice. They have a nice selection of chimes and singing bowls. You can also just use the standard issue alarm on your phone or a wrist watch. Give yourself 10 minutes. It might seem like a lot at first, but this is important work and you’re worth it.

Once you’re situated, just watch. Like a parent watching a toddler run around. Where do your thoughts wander? To relationship troubles? Your jerk boss? All the million things you could be doing instead? What judgements do you have about these things?

Is it possible that most of these things are judgements about yourself? Maybe you don’t like the way your partner never remembers to bring in the recycling bin because your house is messy and you would rather blame him for the bin than clean up the mess you made in the living room? Maybe your boss’ condescending tone is reflective of your passive aggressive responses? Maybe all that stuff you could be doing is just stuff you do to distract yourself from the fact that you’re worthy of some quiet time and self-care?

I’m not asking you to shame yourself, but just to notice what’s rolling around in that brilliant mind of yours.

Once you’ve taken an insightful, nonjudgmental inventory, you have the freedom to trust yourself enough to make a change. Added bonus: the more you practice allowing your mind to wander to and fro, the quieter things will become. Your mind can’t be forced into silence.

Be gentle. This is all a practice. A daily practice that will help you see clearly, trust deeply and live openly. 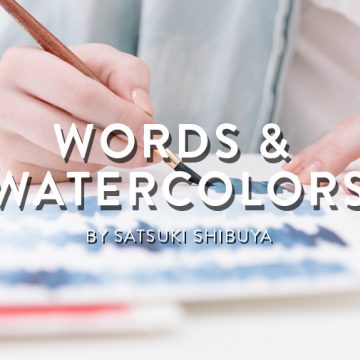 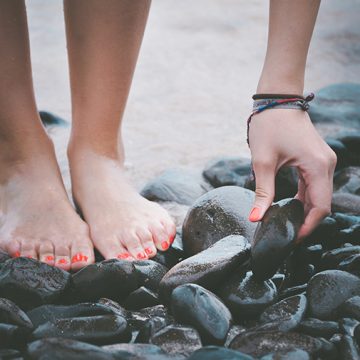 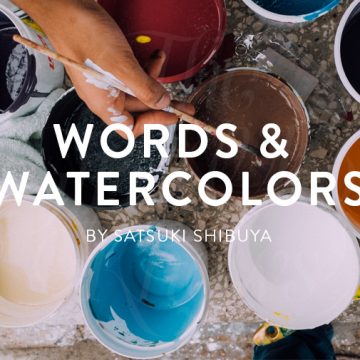 “... the inward life might be as manifold, as varied, as rich with experience, as the life of one who conquered realms and explored unknown lands.” – W. Somerset Maugham

The SoonestA Bay Area indie rock band that I adore and that will soon be playing stages ’round the world. Mark. My. Words.
The GentlewomanA visually stunning magazine that offers brilliant journalism alongside high-quality photography - all aimed at celebrating modern women of substance and style.
Garance DoréFashion. Photography. Illustrations. City Guides. Videos. And an adorable persona. She is the ultimate lifestyle blogger. What’s not to love?
STAY IN THE KNOW!