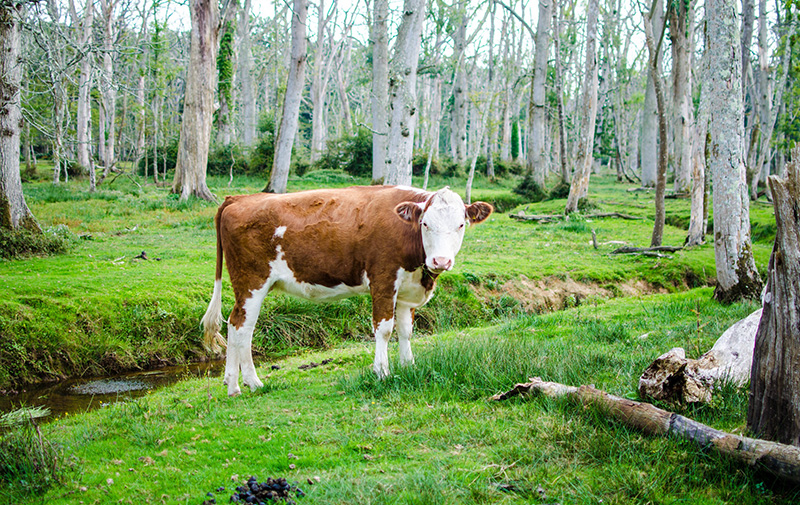 One of my absolute favorite things about living in Montana is watching true seasons happen.

Being a native Californian, the biggest seasonal changes I ever experienced were when winter came around and there was now Pumpkin Spiced Lattes at Starbucks and I put on a hoodie (sometimes).

But when I moved to Montana, I finally understood an aspect of life I had never seen before. Which is that life happens in a cycle. And that cycle correlates to the seasons.

It happened one day I was driving down a country road. It was March and a lot of the snow was starting to melt. I looked out into a vast field and that’s when I saw it.

Several calves following their new mamas around. Wobbly and awkward and just out of the womb, the calves were learning their way in the world. They were being ushered into life. They were brand new. Life had just begun.

It had never occurred to me that spring was the season of birth for a reason, until that moment. That the mamas carried their babies all throughout the winter, so that by the time they were born in spring, they had several months to get their bearings and fatten up before winter came around again.

And that this cycle was there for a reason.

Although we might not have a ton in common with cows, we do have something in common with this experience. Which is that we too are affected by the seasons.

And so at this time of year, I’m curious . . . what might need to be birthed in all our lives right now? What have we been growing inside of us for the year that is ready to be born? What has all this winter coziness and reflection sparked in us, that we’re ready to bring to life?

For me, I know there’s a light inside my belly. One that is telling me to let the new version of myself gracefully enter this world. One that isn’t entirely sure how to survive in this world. And one that is ready for a new life, even if it feels a bit scary.

And I imagine there’s one inside yours. So I encourage to ask yourselves the above question and see what wobbly, brand new, baby wants to come into the world. What are you ready to bring to life?

I’d love to hear your thoughts in the comments below.

Garance DoréFashion. Photography. Illustrations. City Guides. Videos. And an adorable persona. She is the ultimate lifestyle blogger. What’s not to love?
In FioreMy go-to beauty products for more than a decade. They're as good as it gets. Trust.
Baum-KuchenGerman Bauhaus and Japanese wabi-sabi collide in this one-of-a-kind Los Angeles shop. To say I'm a fan is a massive understatement.
STAY IN THE KNOW!